I’ve been planning for a while to start an occasional blog about my recovery from ME, and hopefully this will be the first post of that blog.

However, life has a habit of messing up our expectations. In January, I started to feel really unwell, and after various blood-tests (all of them negative) I had to draw the conclusion that I was having an ME setback, albeit a rather atypical one.

The first thing I did was to start freaking out. The magnitude of the shock, fear, anger and guilt was surprising even to me, though I spend a lot of time in meditation looking at the weird workings of my own mind.

Since I started a gentle pacing program in 2003, I’ve been making a slow but sustained recovery. Symptoms have been minimal as long as I’ve kept my level of activities within safe boundaries, and I’ve been able to gradually increase the amount I can do without causing a flare-up. 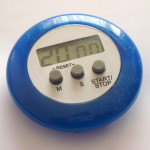 I must confess, though, that I’ve found it hard to keep inside the boundaries in recent months and I’ve been overdoing it more than I’ve usually cared to admit. After so many years of discipline, I had frankly got sick to the back teeth of the constant clock-watching and having to stop right in the middle of something (a conversation, a TV programme or hanging out the washing).

Perhaps it would be easier if I could stop when I felt really tired. At least I would feel the need to rest then. But the principle behind this kind of pacing is to work out how much of each activity you can do before becoming tired, then stop while you feel you could still manage to do more. In this way, the ME is not triggered to the same extent and you avoid what I call the Credit Card Effect – a hefty, delayed payback of symptoms that starts hours or days after the activity that has been too much for your system to cope with.

I kept this pacing program up for years, while slowly improving my level of functioning, but eventually things slipped and I wasn’t so good at keeping track of my activities. I didn’t go completely wild and book a skiing holiday or anything, but I knew I was operating above the baseline. It was probably this, together with a lot of stress in the last 8 months or so, that caused the setback.

To be honest, I feel bad complaining about it, because this is not a terrible relapse which has left me bed-bound and in constant pain (ME at its worst). It’s basically just a loss of stamina and an increase in symptoms which means I’ve had to reduce my activities and rest more. I’m very aware that it could have been horrific when in fact it’s quite mild.

I guess it’s the shock of recognising that, yes, I can still slip back, even after years of moving forward. I knew that in theory, but now it has actually got through to me! 🙂

I’ve also begun to realise that I haven’t really come to terms with still being ill after 25 years. I don’t think anyone would blame me for that, but it’s something I need to work on. 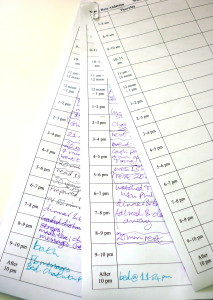 Over the last couple of weeks, I’ve been reflecting on all of this while going back to using the basic tools I started with in 2003. I’m recording all activity and rest on an hourly schedule sheet which helps me to keep track of whether I’m overdoing things. It’s helping a lot, and the symptoms are already stabilising. I’m hoping that from here I can return to a safe level of activity on which I can build the next stage of recovery.

One thing I’ve learned over the years is that you haven’t much hope of getting to where you want to be if you can’t recognise and accept where you are. Without that crucial starting point, even the best map won’t guide you.